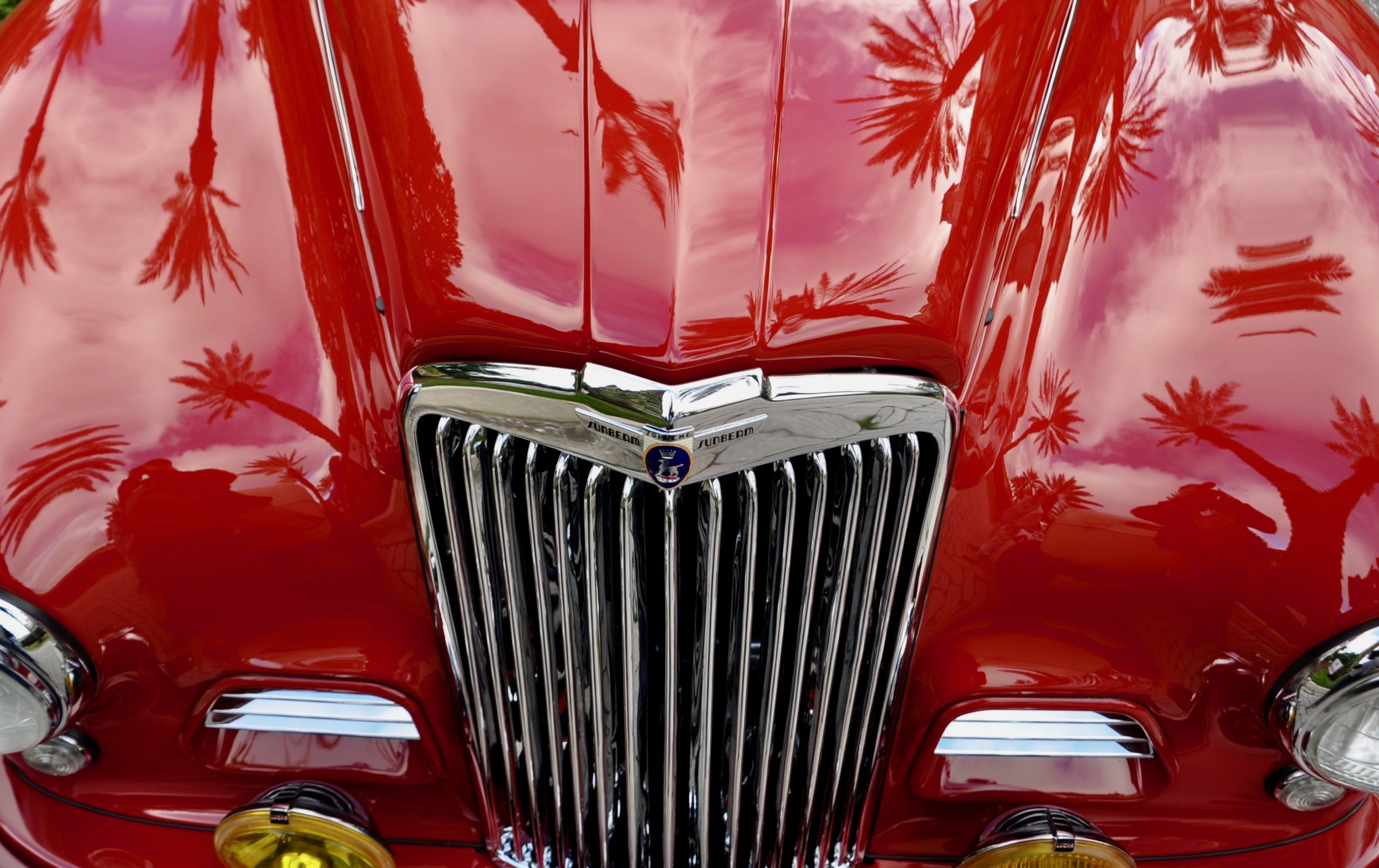 By Automotive Heritage March 30, 2020 No Comments

For the better part of the first week in March, traffic is carefully controlled into the fancy circle drive in front of the Ritz-Carlton Amelia Island hotel, not far north of Jacksonville, Florida. Special cars, colorful hotel guests, VIPs, celebrities, and the Amelia Concours cognoscenti have the run of the place. We were there to mingle with them all and to experience this rare scene to bring it to you.

[Aside: By the way, I’ve been thinking: What if the Ritz-Carlton hotels and resorts hired a genetic biologist to develop a special breed of colorful ducks to populate their ponds and other water features at Ritz properties around the world? They could be sort of a branding tool called, you guessed it, “Ritz Quackers.”]

Concours participants begin pouring in to the Ritz Thursday afternoon with a few private events and a lot of hubbub. Special cars are strewn all about the property, and we see many familiar faces from the collector car community. Whenever I had a few moments between activities throughout the weekend, I just stood at the rail of the Ritz convention area balcony overlooking the front of the hotel. There goes Corky Coker or Wayne Carini checking in or Marc Reuss chatting with Ed Welburn while awaiting their rides. Or, Barry Meguiar chatting with everyone in sight. 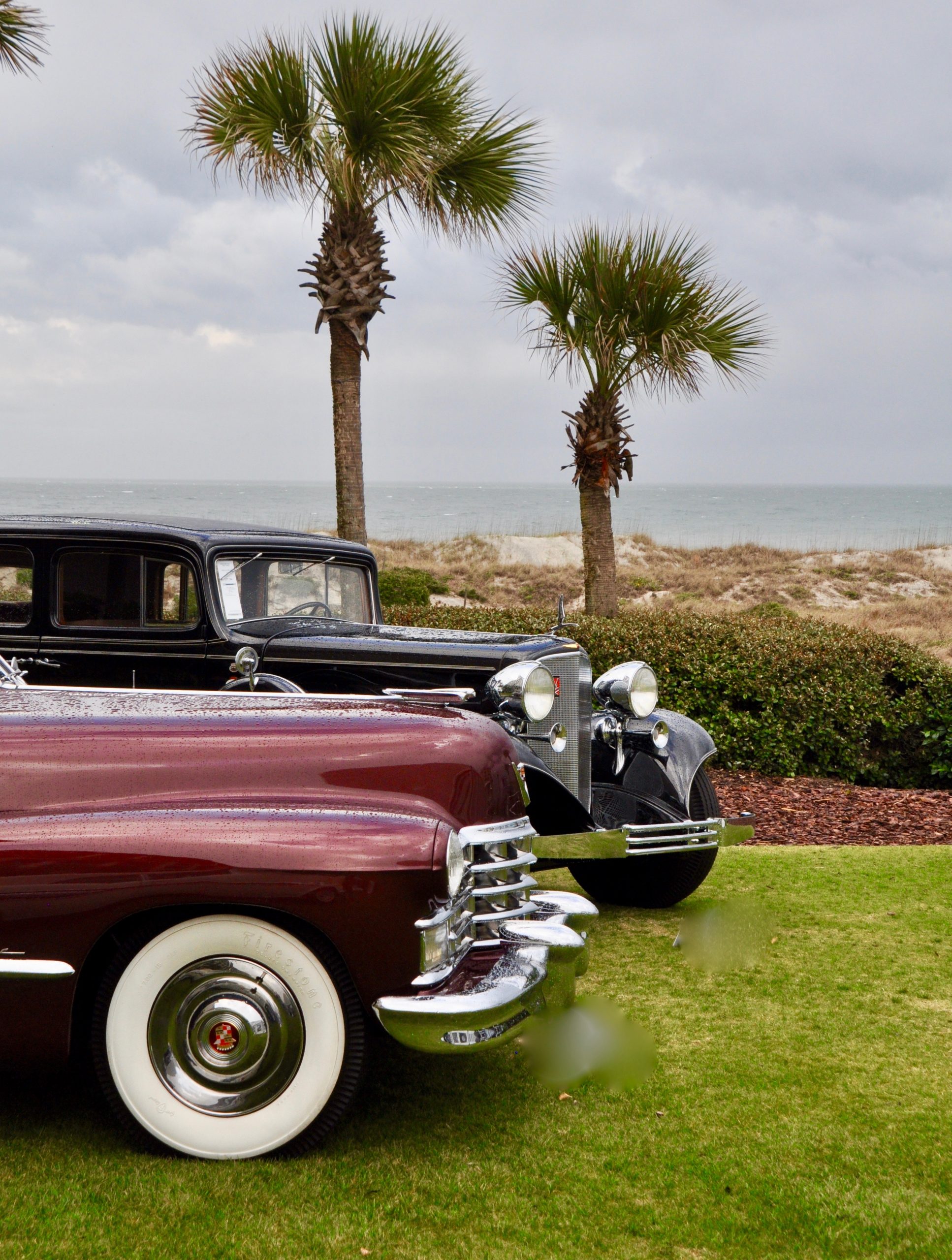 Exotic brands like McLaren, Porsche Aston Martin, Bentley, Mercedes, and that ilk show off their cars offering ride-and-drives prospecting for customers from booths along the entrance to the Ritz. Hagerty offers ride-and-drives in some of their old cars as well, demonstrating the fun to be had driving the old stuff. Automotive art and other luxury goods vendors court this sophisticated crowd of car lovers from rows of white tents, kiosks, and any other space available. A guy selling ornate, highly-polished telescopes plied his wares from under the overhang on the convention center balcony.

The Amelia Concours teams are led by high-energy Bill Warner, founder and chairman of the show, who in his younger days was a racing photographer and writer. Bill and his team produce and manage dozens of elements that go into an event this big and upscale. Among the most popular are a variety of seminars on Friday and Saturday that easily fill the ballrooms at the Ritz. We’ve seen seminars on the business of collecting to the celebrity-filled panel of original Cannonball Run runners. This year many focused on the Penske legend.

Roger Penske, celebrating five decades of racing and business success, is the 2020 Amelia Island Concours Honoree. This is a guy, we’re told, who seldom spends more than a few hours in one place and somehow agreed to spend three days being lauded and feted here at Amelia. He does not appear to be egocentric enough to enjoy so much praise. He spoke to a gathering of media people on Saturday and for a guy over 80-years-old, he impressed with his vitality, acuity, and integrity. The guy sure doesn’t smile much, though. I had a long lens on the camera and tried all through the interview to get a smiling image. He never gave me one. 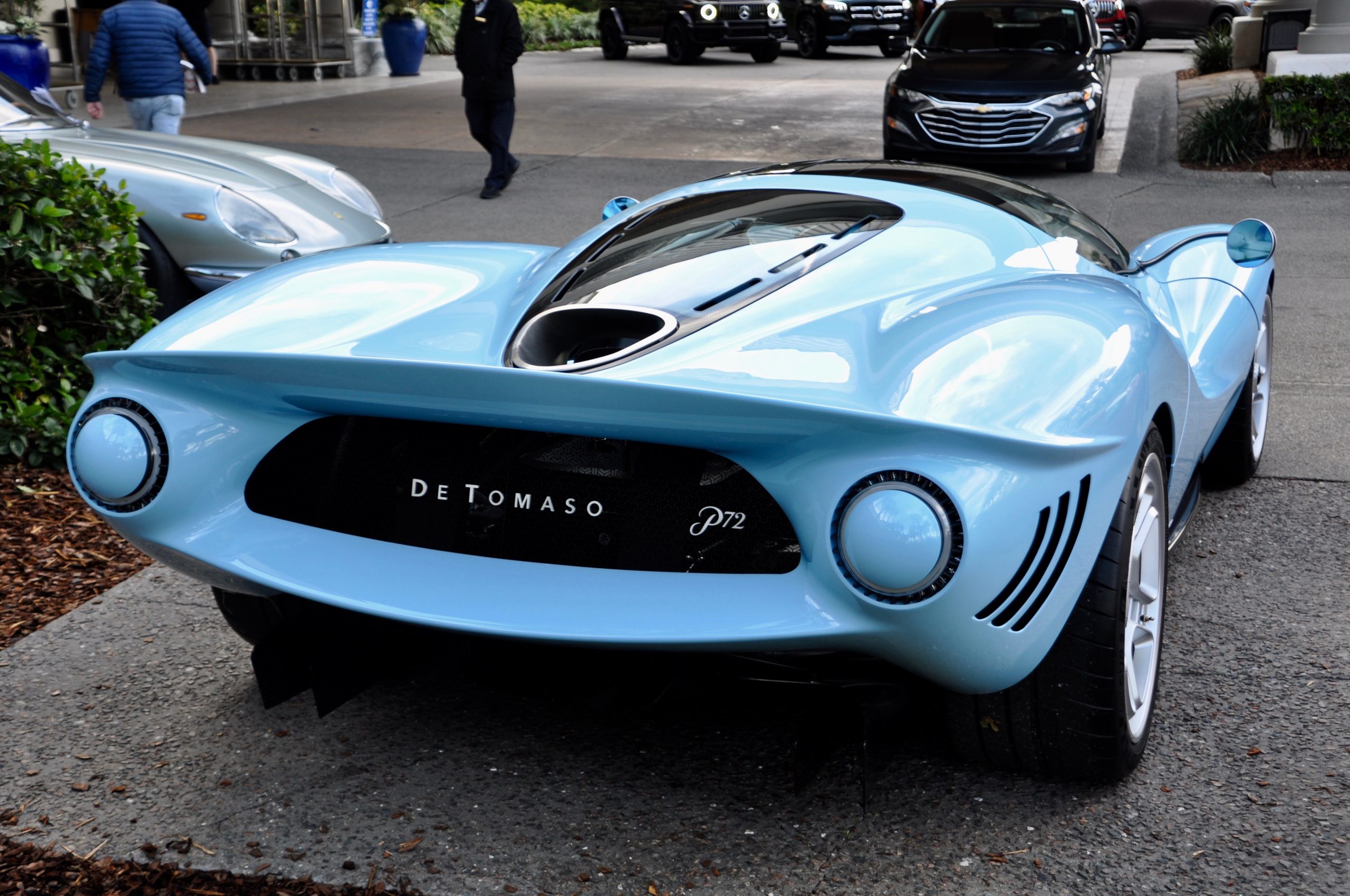 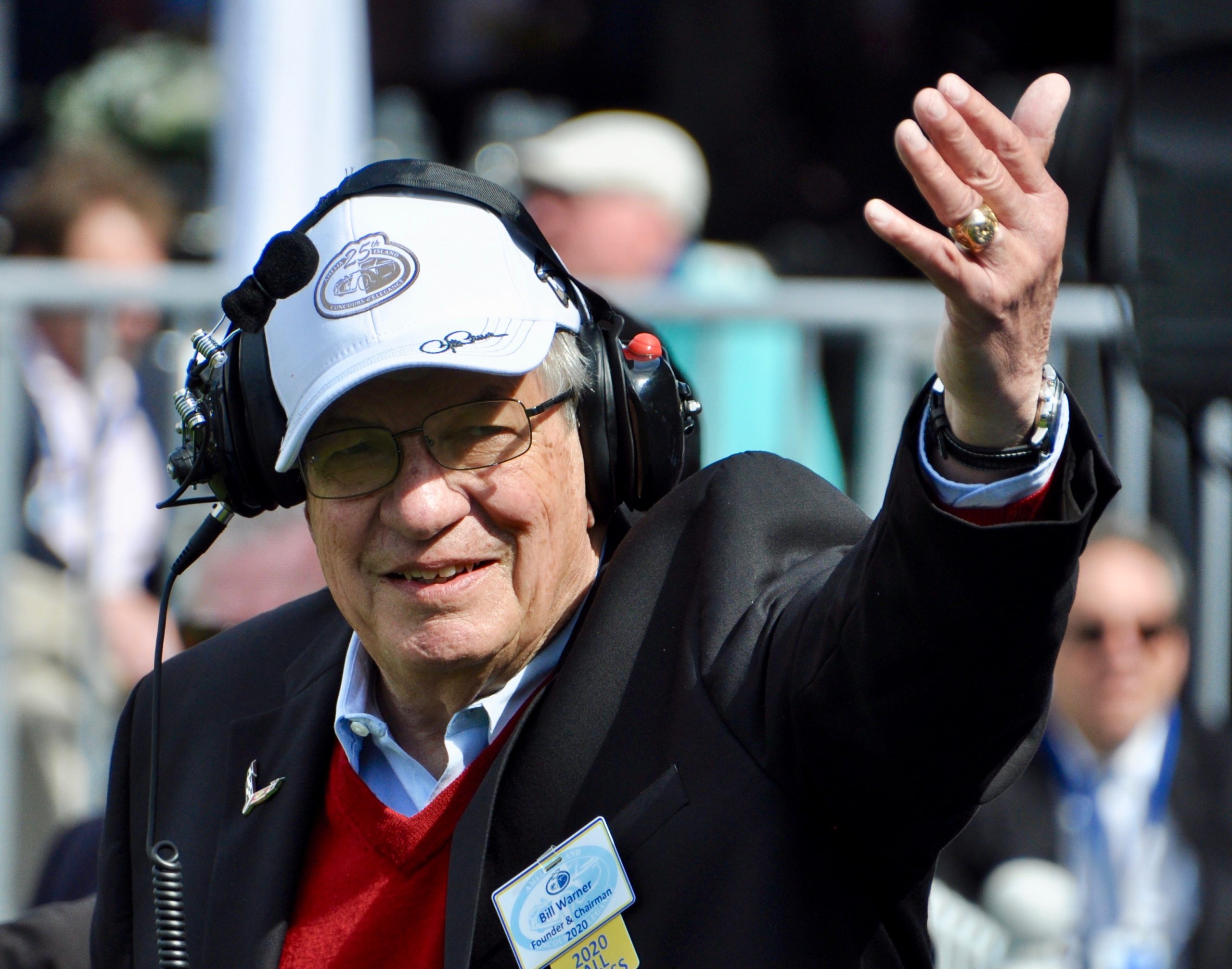 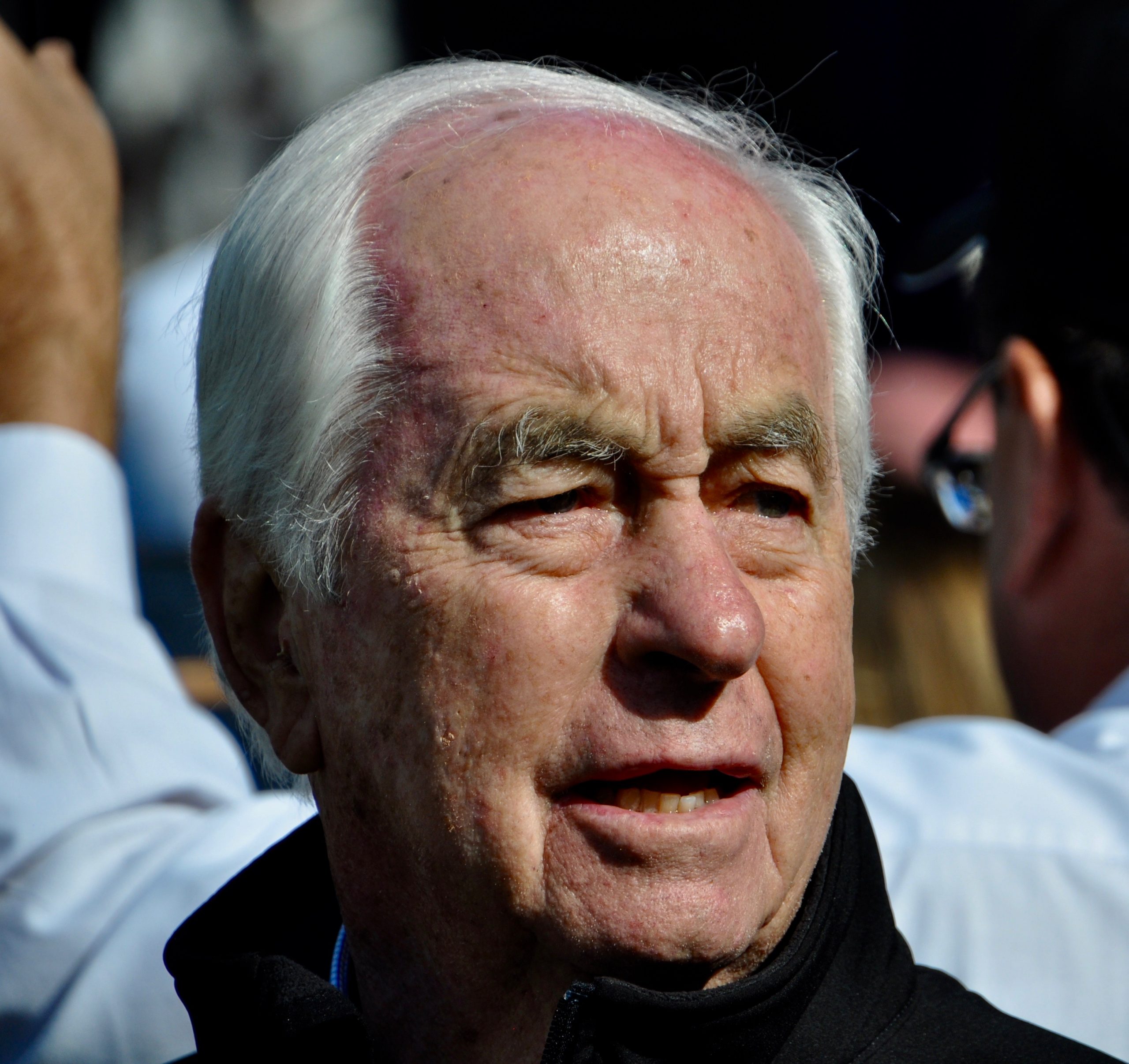 Responsible for perhaps half the crowd on Friday and Saturday is the RM/Sotheby Auction. The big ballroom facing the ocean provides the venue for the premier classic and collector auction where hundreds of exceptional motorcars will cross the block looking for the long dollar. Sellers always hope for a couple bidders with deep pockets and huge egos to compete for their car. Judging from the results, nearly $36 million worth of cars changed hands – that may have happened more than once. Or, perhaps folks may be investing in collectibles as a hedge against impending economic doom. Fears of the invading virus are just getting started. The auction cars pose for inspection on the lawn between the ballroom and the ocean. The light tends to be ripe for a guy with a camera.

A pristine 1947 Cadillac glowed in the intermittent rain as I shot her details Friday morning. My eye was drawn to the budding little bullets on each side of the front bumper. Our car pals will know the big bullet-adorned front bumpers of 1950s Cadillacs referred to as “Dagmar” bumpers after the busty actress of the day known for her pointy bras. Well, these smaller, budding bullets, we think, could be called pre-adolescent Dagmar bumpers.

The people that go with these cars are as varied and colorful as the cars themselves. Case in point: Ken Lingenfelter, a major collector of muscle cars, Corvettes, and exotics, brought his Ferrari Enzo to see what it would bring, thinking it may be at its peak value. It sold for nearly $2.8 million. Ken opens his Michigan-based 200+ car collection for charity events and is always good for an interesting interview with insights into the nuances of being a serious collector. He also brought a class-wining 1954 Corvair (we’ll tell you that car’s story another time). 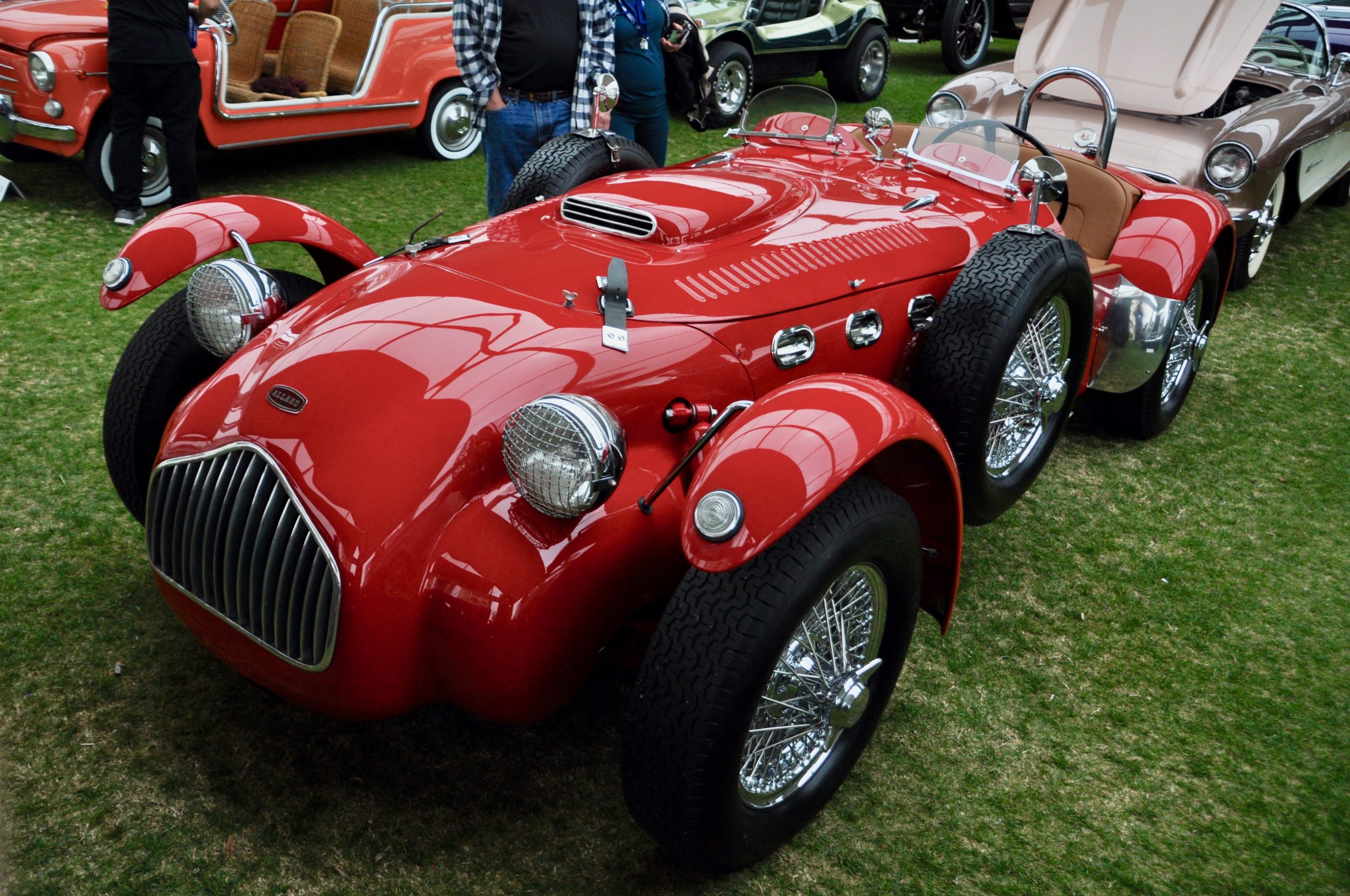 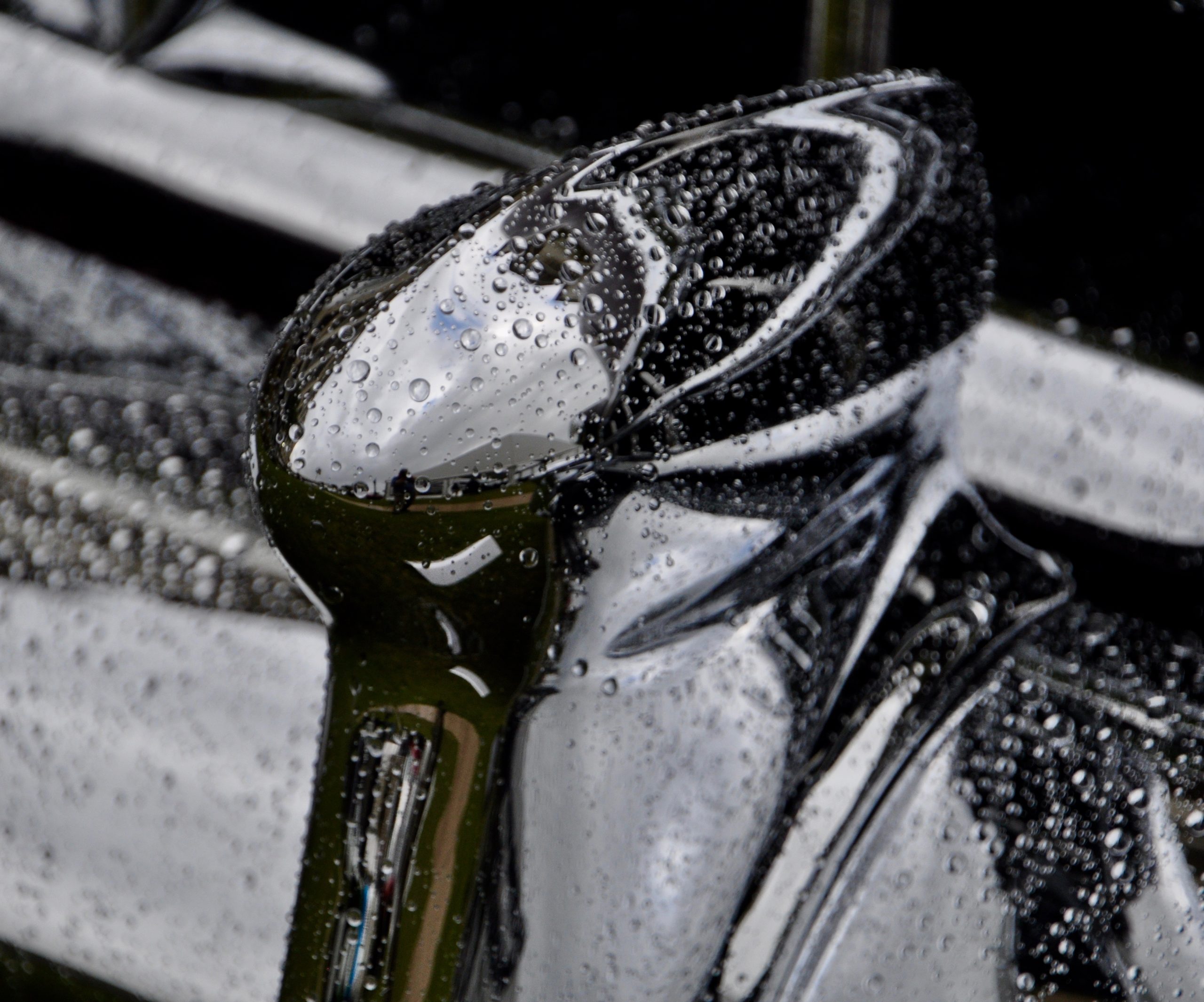 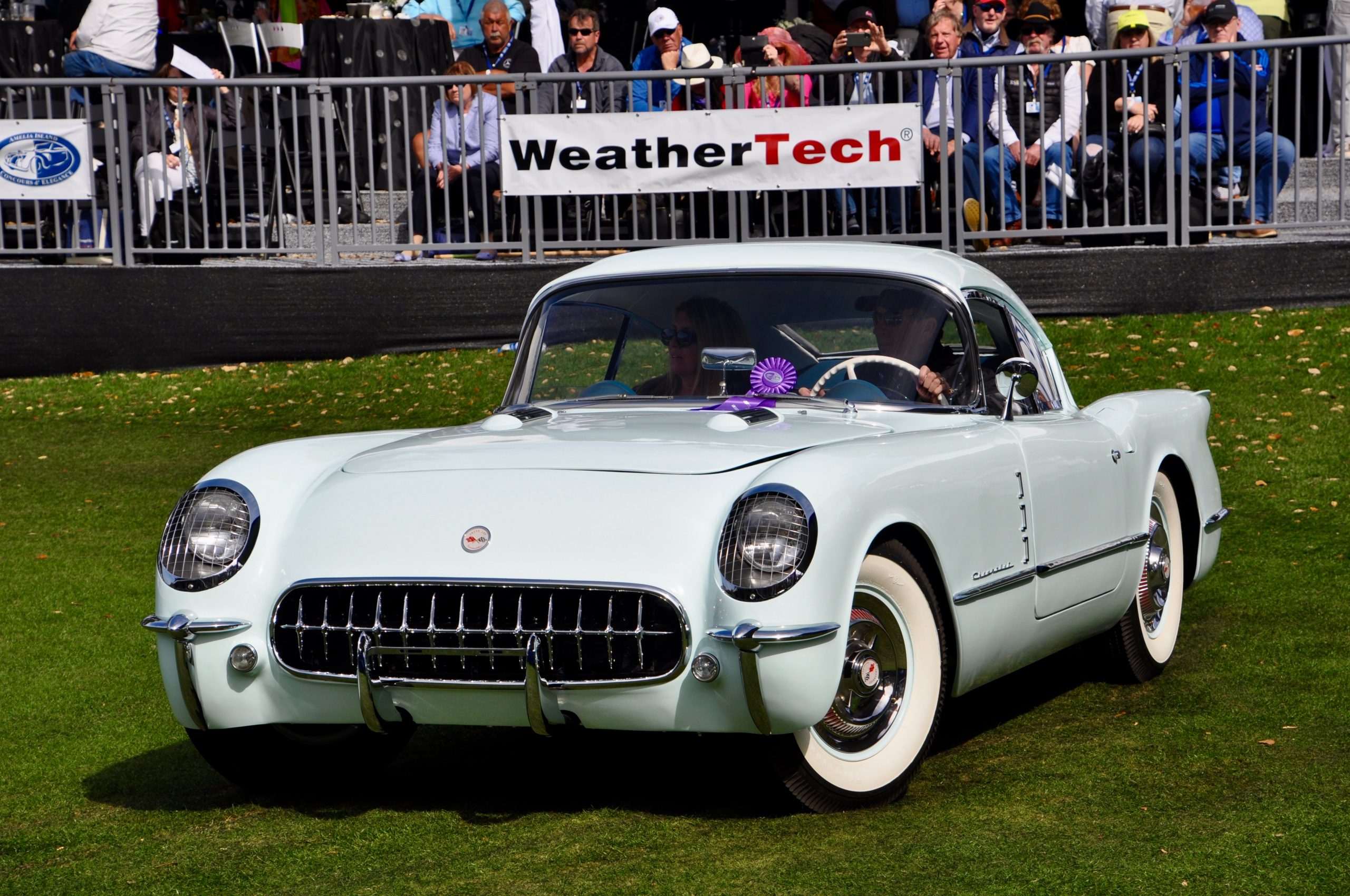 An eclectic field of three or four dozen old cars lined up around the entrance to the Ritz on cloudy Friday morning staging for the Reliable Carrier Amelia Road Tour. There we found our friend Jeff Lane who owns one of the most unusual car museums in the county just south of Nashville, TN. He brought a tiny Kleinschnittger roadster to tour along with the Duesenbergs, Bentleys, a Cobra, an Iso Rivolta, special Cadillacs, and other big-dollar classics and sports cars. Though mot show cars at Amelia are trailer queens, some are owned by people for whom driving them is as important as showing them. One thing they all had in common was a look of exuberance. My kind of people. 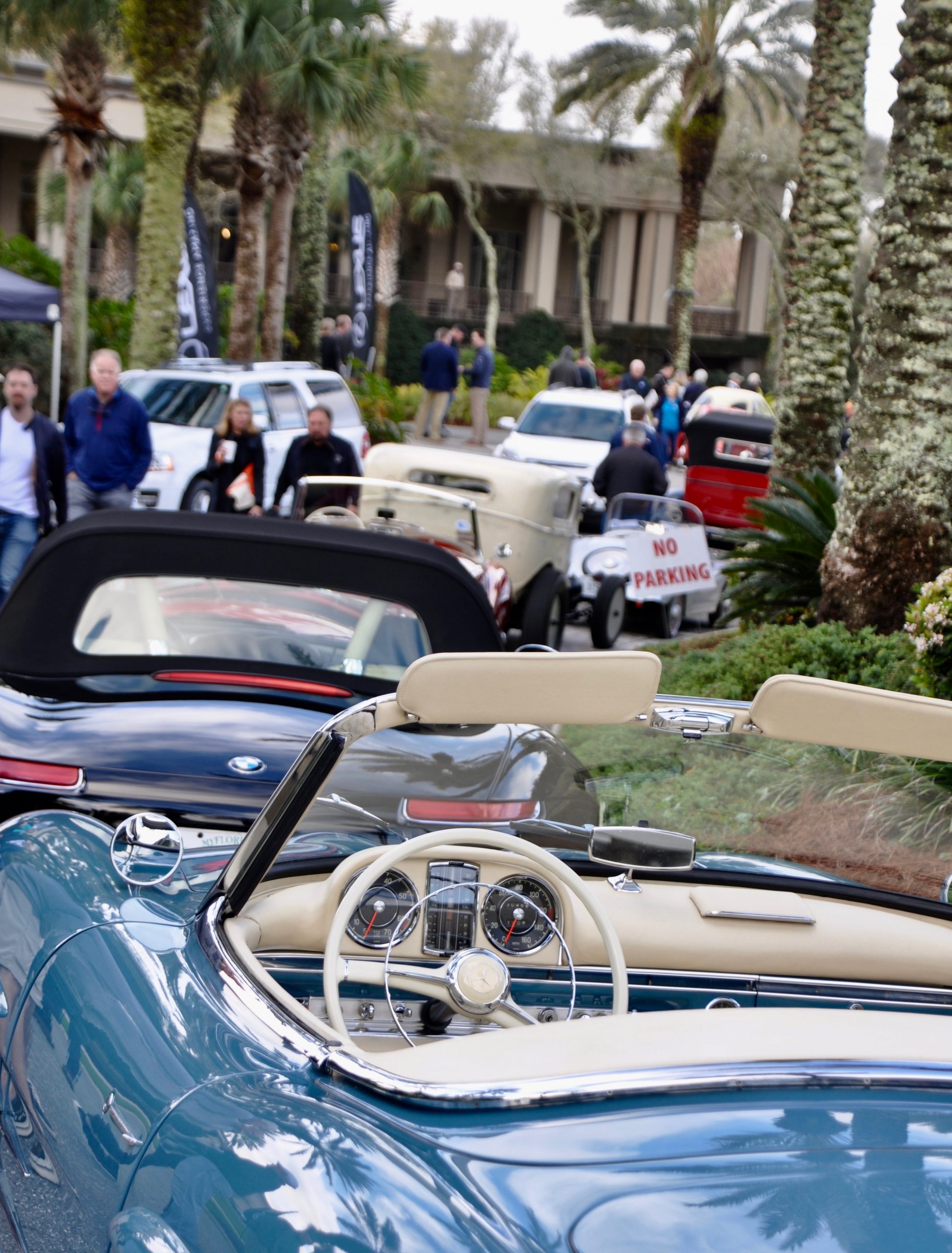 Just down the street toward the airport, a guy named Alan Galbraith puts on the notorious Concours d’Lemon Saturday morning, with the help of Hagerty and other sponsors, honoring those cars less respected – odd balls, rusty heaps, homemade cars, the undistinguished . . . cars that typically were not saved, usually for good reason. Anyone can enter. The more disrespectful the car, the better.

“What are the judging criteria?,” I asked Mr. Galbraith.

“Well, it’s hard to say,” he told me, “since it varies a bit between classes, but we’re mostly looking for the cars we’d least like to go home with.”

Coincidentally, Jeff Lane won the “Barely Better Than a Go-cart” award with the same sputtery little ’79 Replica (say that if you can) he drove in the Friday tour event.

The Sight for Sour Eyes prize went to a massive old Mercury Grand Marquis. Country of Origin Awards span a few regions. U.S. honors went to a MoPar conglomerate that no one was quite able to identify. A very nice Yugo won the Communist Car class. The French Car award went to high-mileage smart fortwo owned by the executive director of the Rolls-Royce Club. The British honor went to a well-used TR3. And, the German winner was a really-rusty, cobbled-up VW Bus. Disgusting, indeed.

Worst of Show, an honor not to be undervalued, went to the rare (only a half-dozen made) ’86 Cadillac Cimarron with manual transmission. The depth of that car’s incongruity is immense. The owner found it on the west coast and bought it for $500, shipping it back for $1,200. He estimates its value around a grand and was proud to accept the award. 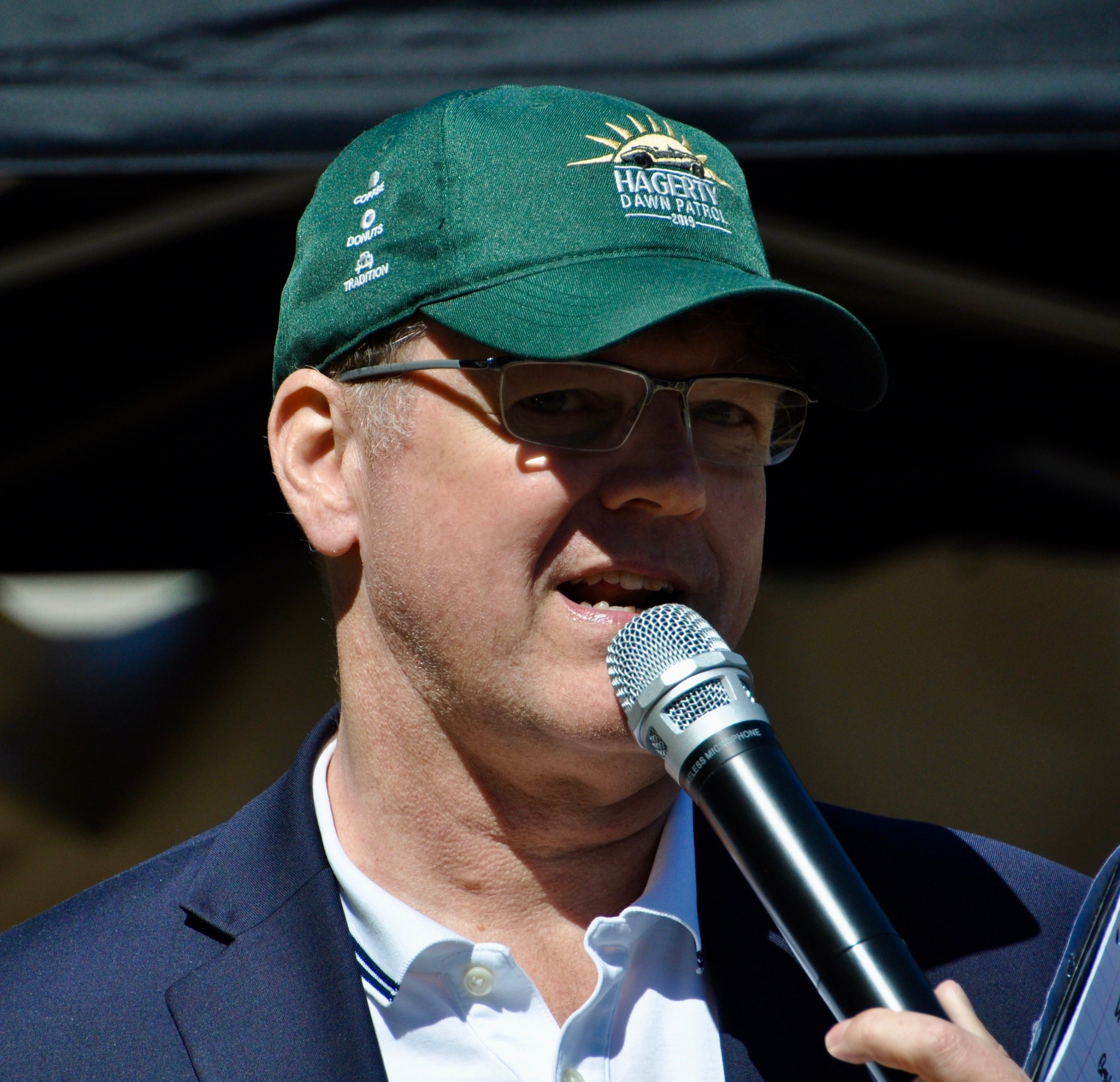 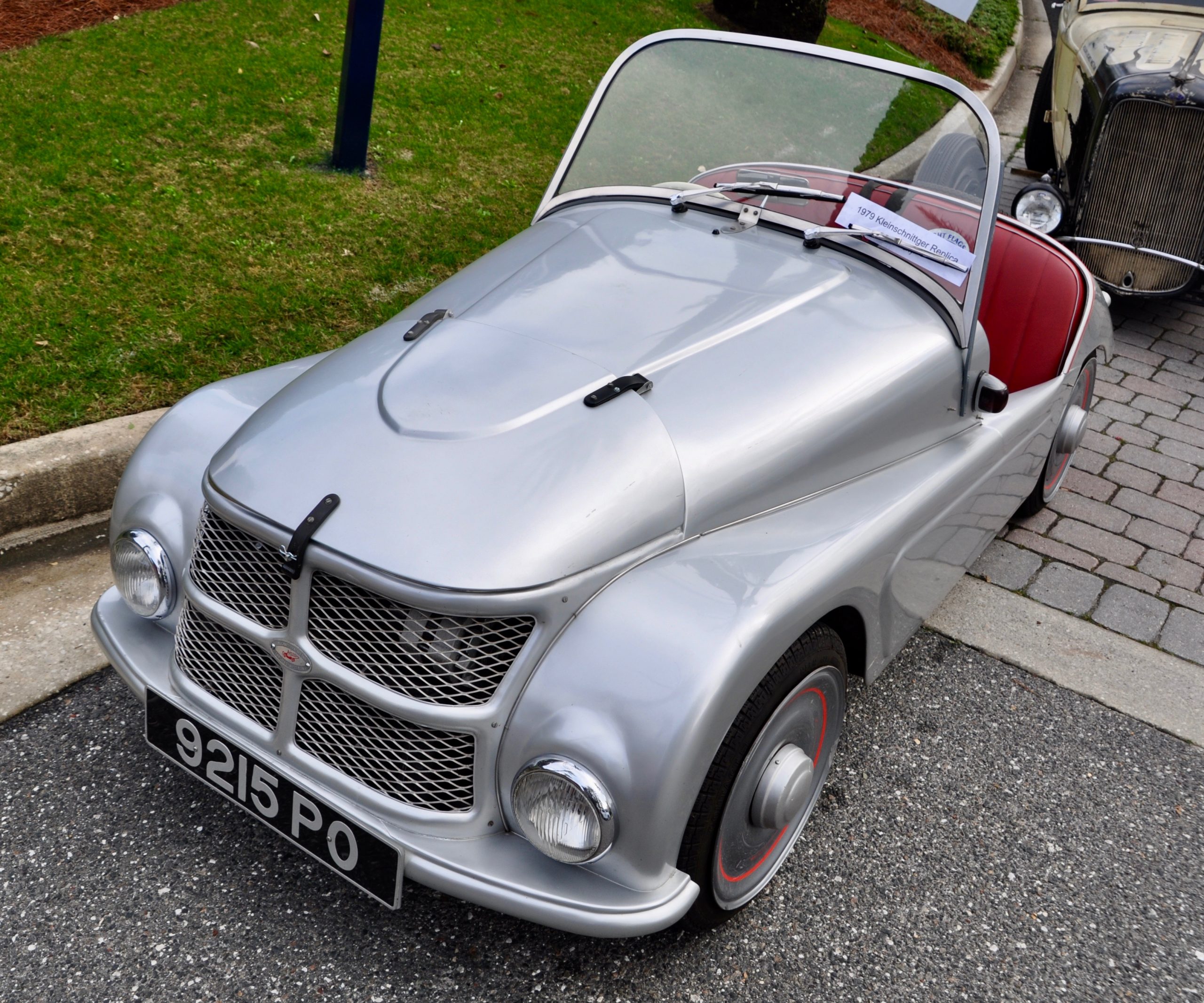 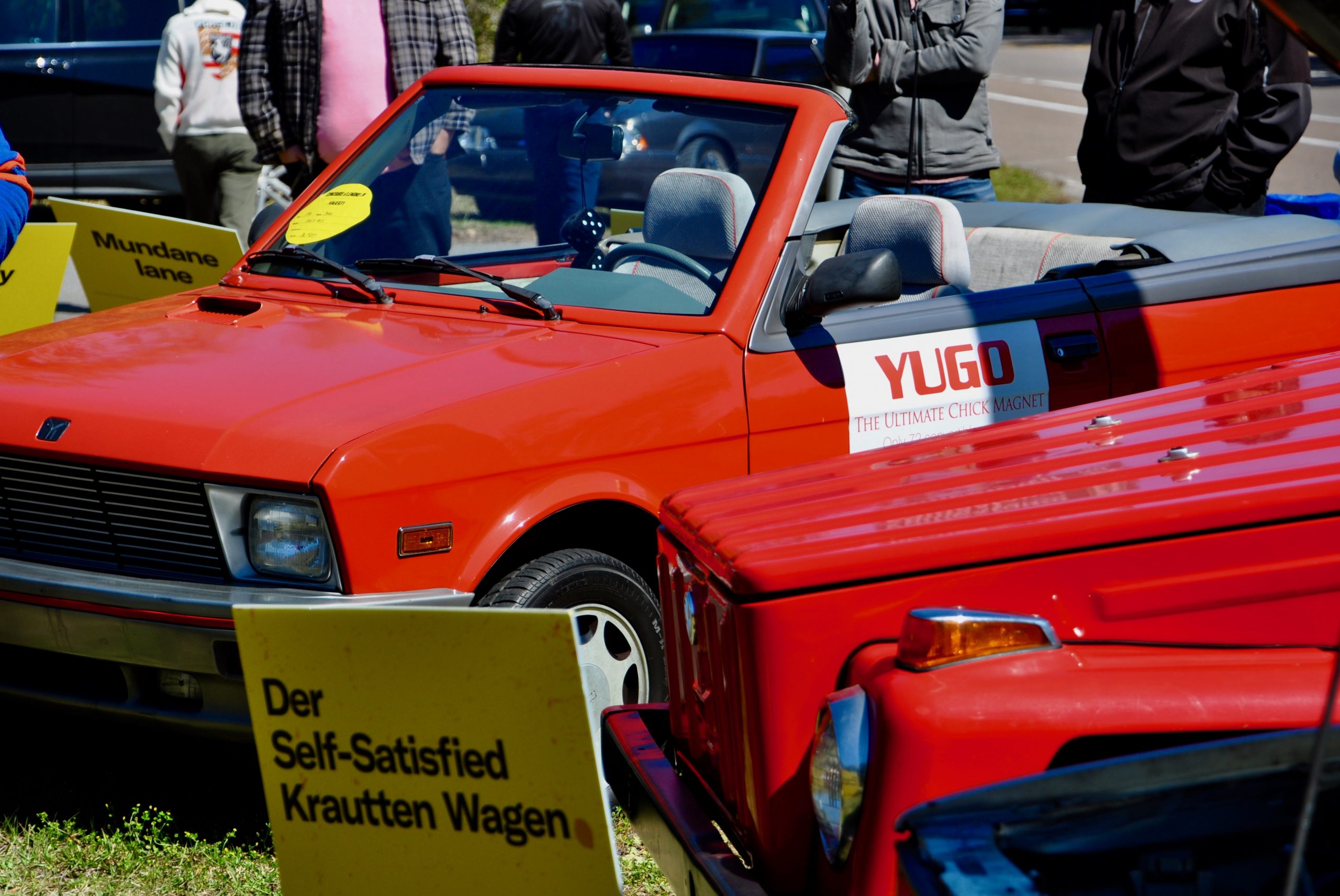 Sunday – I misjudged the time of the sunrise just a smidge and walked over the golf course foot bridge down into the show field as the sun was already five degrees above the eastern horizon just behind the Ritz resort. I was after the soft morning light and knew I had to get pictures before the crowds began to gather. The Amelia Concours have provided some of the most remarkable images I’ve captured over the years because of the unusually rich light influenced by the ocean.

Just before 7 AM the field was already abuzz with vendors preparing their tents, show cars moving onto the field (some under their own power, some not), teams of judges already beginning to huddle around special cars, and a surprising number of people milling about. Early access has become more generously allowed at Amelia, it seems.

While shooting some of the classics surrounding the pond I heard some commotion behind me as Corky Coker, leading collector and long-time owner of Coker Tires, was being towed briskly onto the field in his Lozier Indy racer. Corky leaned into the turn like he was going 50-mph on a race track. He’s in an open race car – a replica of the 1911 Lozier that took second in the first Indy 500. Lozier was one of the most expensive automobiles of the Brass Era. Corky brought two of the half-dozen Lozier on display.

Amelia is easily the second most prestigious Concours on this side of the Atlantic (second only to Pebble Beach) and easily in contention with the best in the world. Bill Warner founded it 25 years ago and has run it since. Health issues over the past couple years has him slowing down we’re told, but I saw no evidence of that here. He is still in charge and putting on a great event. As I came onto the field, Bill was like a bee working the flowers in a big garden from his golf cart; two headsets and a couple antenna bristling around his baseball-capped head.

One whole corner of the field was dedicated to the “Cars of Penske,” mostly race cars. Another is dedicated to special Porsches. We see classes for brass cars, recognized CCCA classics, concept vehicles, a huge display of significant Corvettes, and the half-dozen big, rare Lozier automobiles. They’ve assembled five of the famous Mercedes Silver Arrow race cars and a plethora of stylish, Harley Earl-designed, GM concept cars including the Y-Job and LeSabre. Earl, considered the father of auto design, was a larger-than-life character and his grandson, Richard Earl, attended riding in another GM classic when it got its award.

General Motors had a large presence at Amelia including a rare assemblage of historic mid-engine Corvettes – to honor the new C8 – going back to the 1964 GS IIB research vehicle, not seen outside a museum since leaving GM custody.

At Amelia they always give out two Best of Show awards. Bill says it is because so many great cars deserve honors; and, that the classic race cars – his first love –shouldn’t compete directly with road cars. An “apple and oranges sort of deal,” he insists. 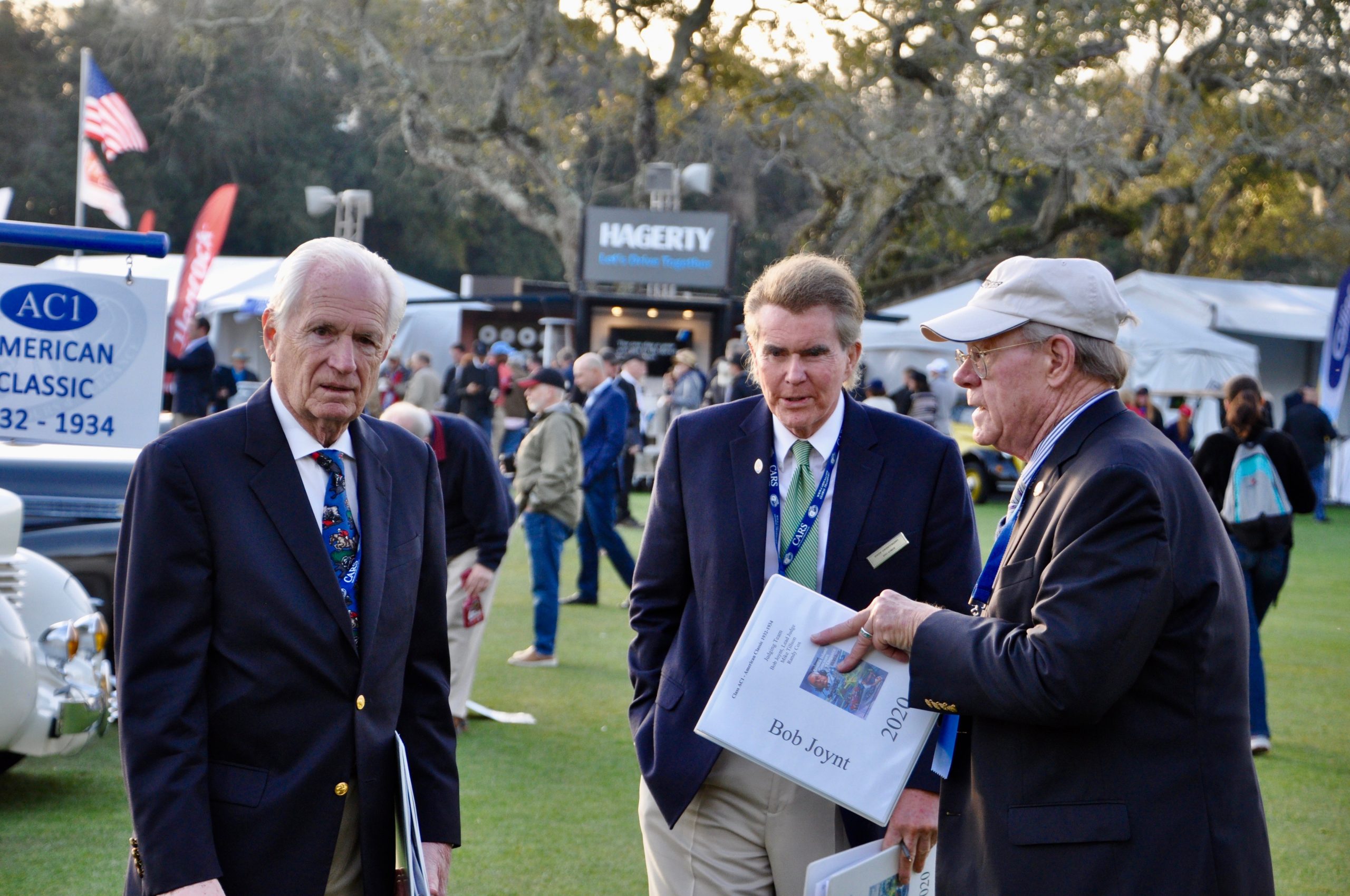 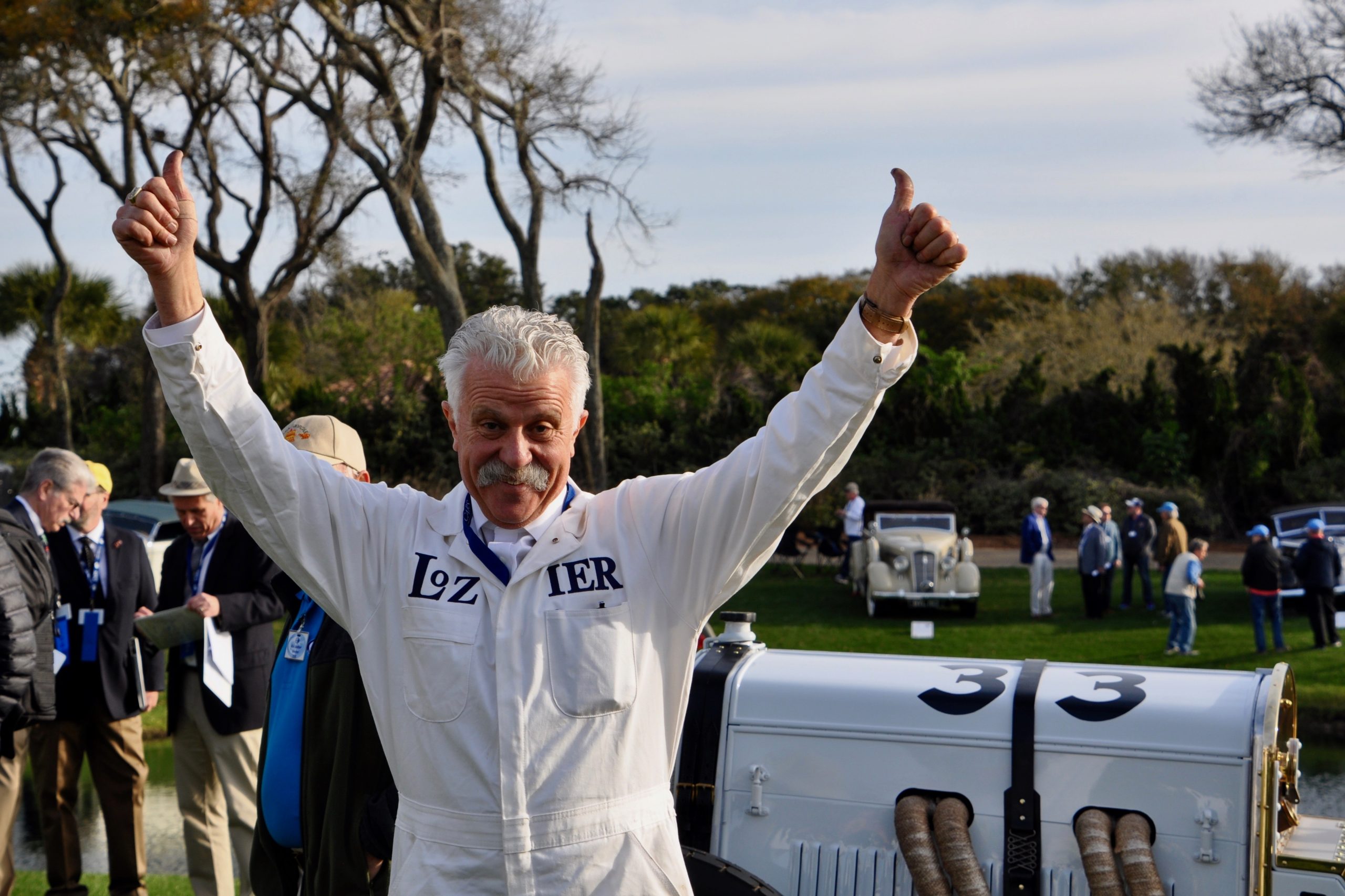 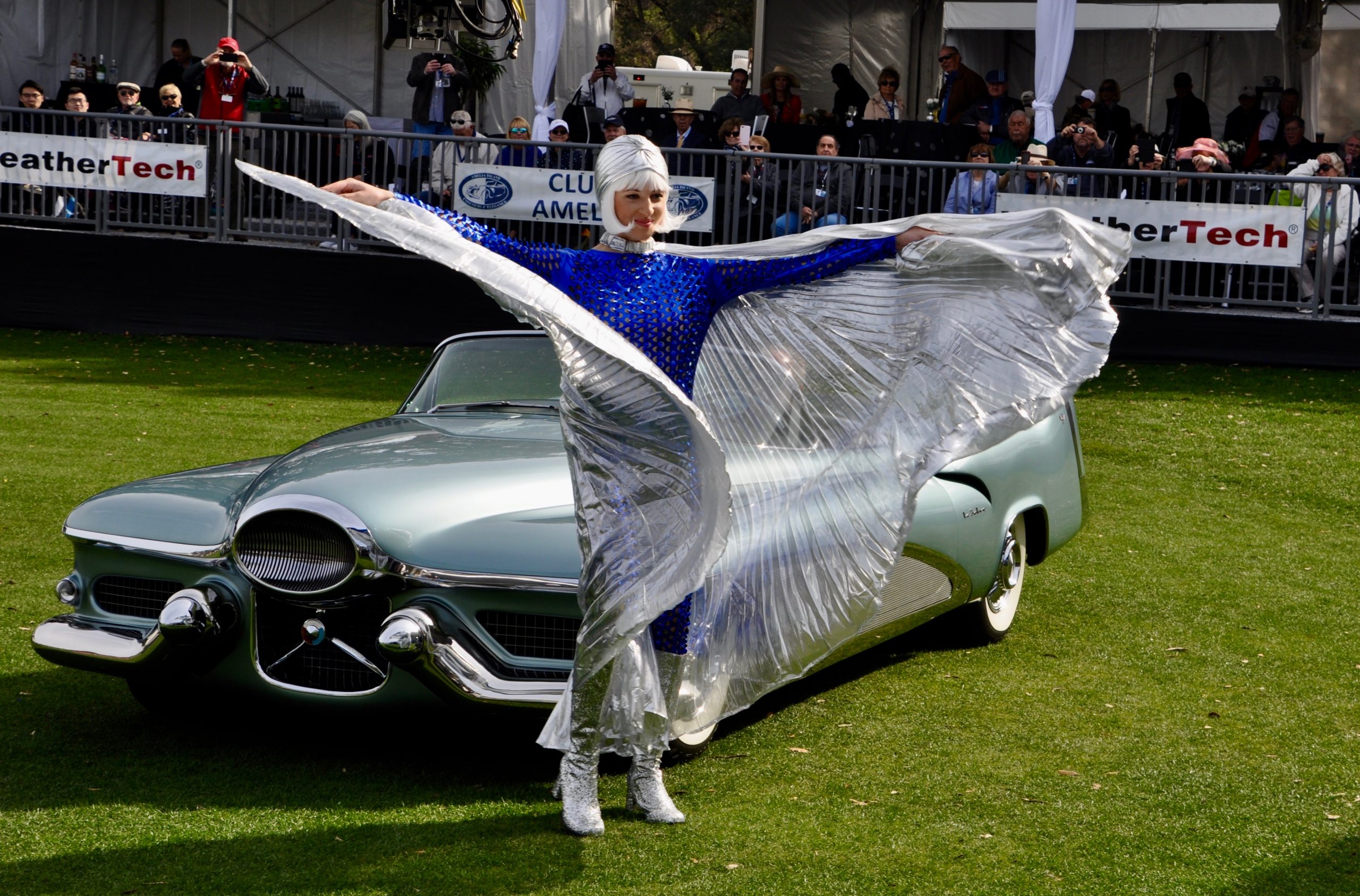 Best of Show/Concours d’Elegance – a massive and graceful Murphy-bodied Duesenberg owned by the Lahrman Collection of Palm Beach. The car was originally part of a batch of Murphy-bodied Duesies ordered by the larger-than-life Captain Geourd Whittell, Jr. who sold huge holdings out of the stock market just before the 1929 crash.

The Point of It All

Concours events bring important, beautiful, rare, and interesting cars out of their static existence in museums and collections. For the most part, owners of these cars consider themselves custodians of the vehicles and their history and most relish the opportunity to share them with the world.

Dozens of Concours d’Elegance dot our calendars throughout the year, but the Amelia Concours stand out. Yes, Pebble Beach is the most prestigious, but it is also the least accessible in terms of cost and logistics. St. John’s (formerly Meadow Brook in Michigan) remains third for most of us, but plenty of others are close behind.

The quality of cars at Amelia, the unique emphasis on race cars, the RM/Sotheby Auction, golf course venue, strong sponsorships, inclusion of art and high-end vendors and charitable works, and inspired leadership make this a show not to miss.

And, for a photographer, there is something special about the light there at the Ritz on the big water. 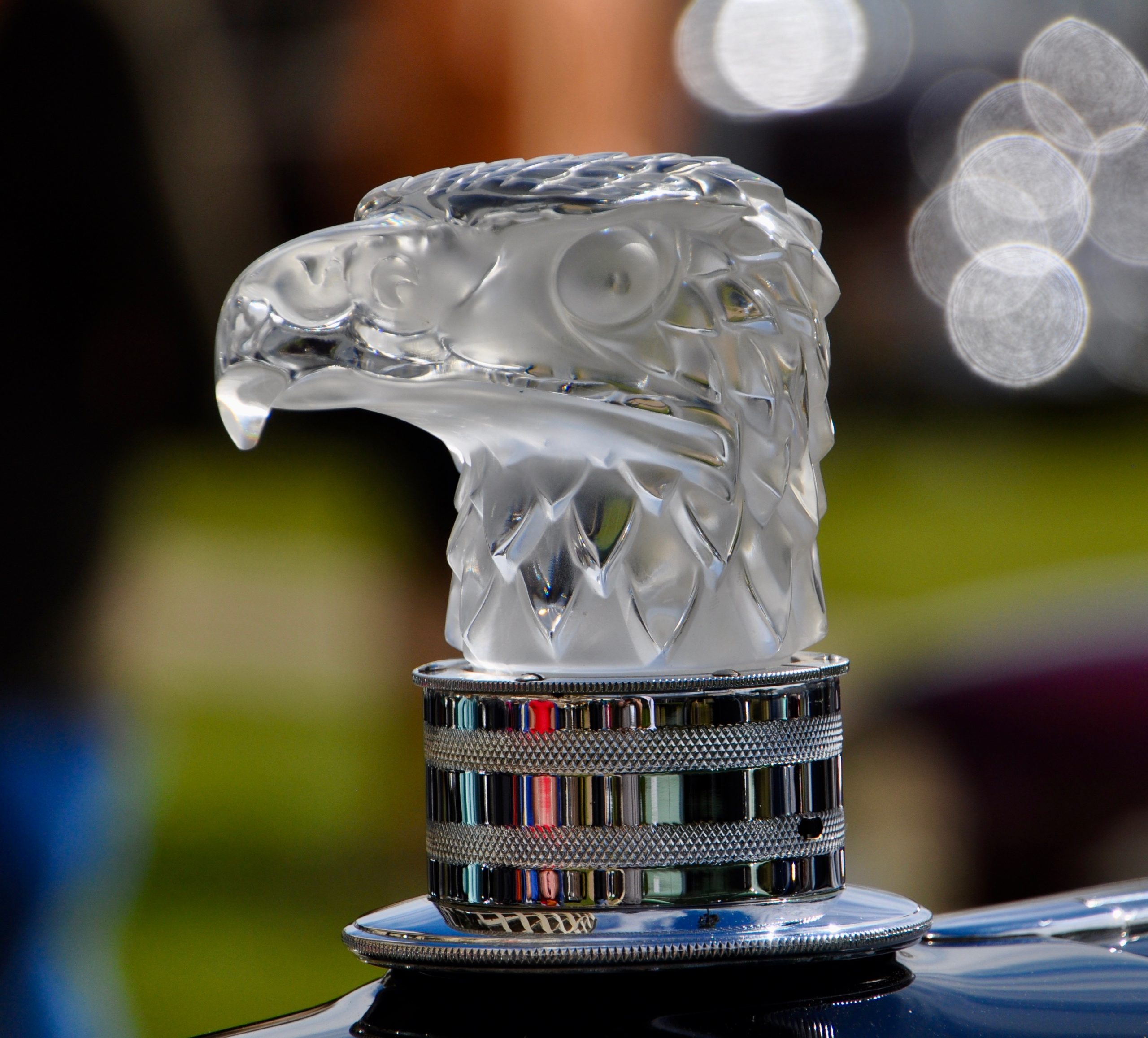