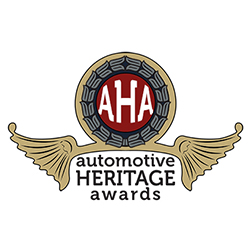 By Automotive Heritage April 18, 2019 No Comments

Car show season never really ends – think Motorama, NAIAS, and the huge, February swap meet in Kalamazoo – but it ebbs and flows. We’re planning ahead for EyesOn Design, the Orphan Car Show and particularly the Concours d’Elegance of America at St. John’s, acknowledged as one of the most important and prestigious Concours events in the country. As you know, that is the venue for our second Automotive Heritage Awards presentation on Concours show day, July 28 at the Brembo media hospitality tent. We expect to see many of you there for a reception and the awards event. Get your press credentials at: https://concoursusa.org/news-media/media-credentials/ You’ll see a link there to the AHA as well. If you don’t qualify as a journalist let us know and we’ll help.

The 2019 Concours d’Elegance of America will honor: Wayne Carini as Grand Marshall; Bill Warner as Enthusiast of the Year; John D. Groendyke as Collector of the Year; and over 300 of the most significant automobiles in the world. Classes include Cadillac V16s, Rolls Royce, Ferrari road and Formula 1 cars, a special class following the progression of Cadillac fins and many more. The Concours honors historic automotive culture as much as the vehicles.

New Members added to the Automotive Heritage Foundation Board

Great news! – Three new members recently joined the Automotive Heritage Foundation’s Board of Directors: Mary Seelhorst, historian, writer and museum exhibit developer; Brian Baker, president of the Leland Chapter of the Society of Automotive Historians and former GM senior designer; and, Csaba Csere, former Car and Driver Editor-in-Chief and Technical Director, four-decade racer, and nationally broadcast pundit. As the AHF pursues a wide variety of projects, led by the Automotive Heritage Awards, we want to be certain the Foundation’s policies meet the highest standards. We plan to take advantage of the remarkable levels of creativity, dedication and integrity represented by these three.

There is something special about being an “award-winning” journalist. The Automotive Heritage Journalism Competition wants to honor the best work in the field from 2019. We have defined our 10 categories broad enough to accommodate a wide variety of content with an automotive heritage connection. We now have a book category along with Best Travel or Adventure Story, Best Heritage Motorsports Story and plenty more. Gary Witzenburg and Csaba Csere organize the judging by a respected list of judges. Entry fee is just $50. Deadline is midnight, May 31, EDST. Don’t wait until the last minute like a few of you did last year. See details at: https://autoheritageawards.com/journalism-awards-2019/

And Now a Word From A Sponsor

Thanks again to Kiekert, the 160-year-old German auto supplier of latches and assemblies. Kiekert is on board as “Presenting Sponsor” of the AHA Journalism Competition. We’ll learn something about their heritage as they immerse themselves in the AHA and Concours, representing the best of our automotive heritage. Kiekert will be assembling a gift bag for our attendees that will also hold our press kit.

As with Kiekert, by focusing on the historical significance of our sponsors and their longstanding commitments to the automotive story, we continue our mission to honor our own love affair with the car, its history and culture. We have a variety of creative sponsorships options for those who support our mission and want to be a part of the Automotive Heritage Awards, the Automotive Heritage Foundation and the Concours d’Elegance of America at St. John’s. 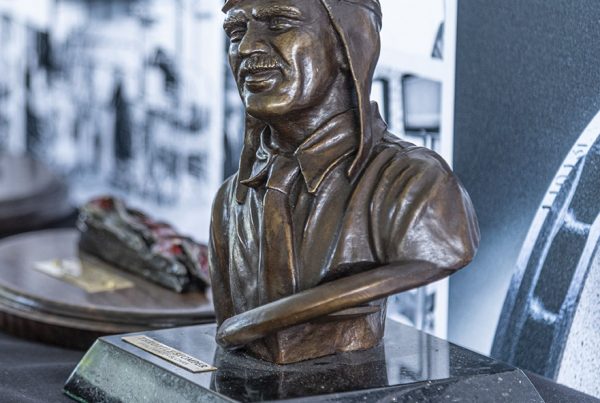